You are here:   Home / Products

For our customers we develop and supply force measuring equipment of all kinds. These include, for example:

For load measurement on hoists, we manufacture (redundant) load measuring axles, e.g. for rope end points or rope pulleys as well as rope force sensors and tension sensors according to customer requirements. 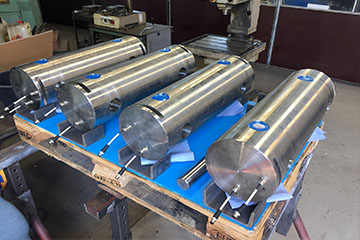 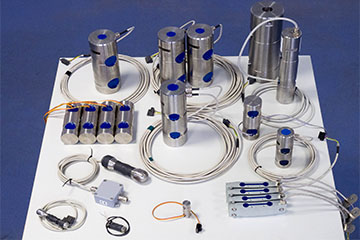 For the safe monitoring of the lifting capacity we offer the "Load Monitor LM R5" with the following features:

In addition, we offer special solutions for special load monitoring cases (large number of signals or complex switching functions) based on a PLC. 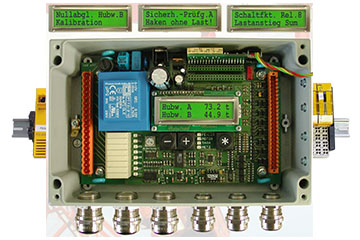 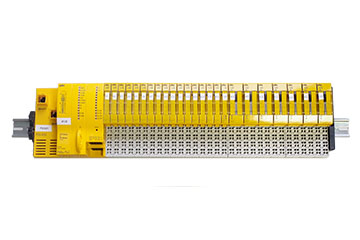 We develop, supply and maintain measuring and testing equipment for a wide range of applications. These include:

The test stands are designed for both manufacturers and operators of railways. In addition, we provide a wide range of services on test stands at our customers' sites. 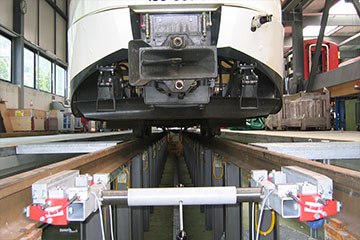 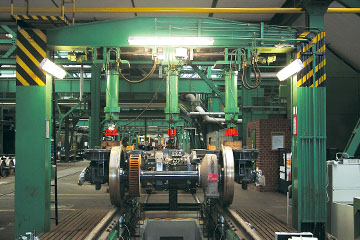