You are here:   Home / News / Static test and buffing impact test from one source and at one location

For the first time, at the new external test site of the IFF Engineering & Consulting GmbH in Halle-Ammendorf (on the premises of MSG Maschinenbau und Service GmbH) a static strength test and a buffing impact test were carried out at the same location and consecutively one after the other. A tank wagon of type BTAN 57 was tested.

With the additional testing location, our customers have the advantage that they only have to transfer the vehicles once for testing.

For execution of the buffing impact tests the bumper wagon of the IFF Engineering & Consulting GmbH permanently is stationed in Halle-Ammendorf. 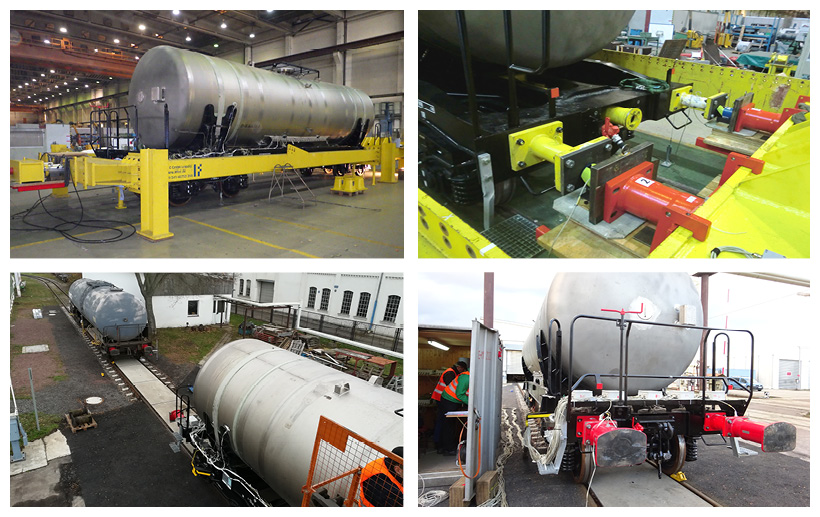