You are here:   Home / News / Complex acceptance test on a crane runway column

After years of reconstruction works in a customer's production hall, new crane runways are now available in two adjacent bays. IFF Engineering & Consulting GmbH was responsible for design, calculation and acceptance of the crane runways.

During the preparatory static studies, however, it already was to be seen that the existing reinforced-concrete columns were not sufficiently stable for all conceivable load combinations. Therefore with the assistance of a structural engineer a maximum permissible working regime was defined.

For the columns, large horizontal loads during the interaction of several cranes in the adjacent halls are decisively. For this reason, during the acceptance test 3 cranes with defined test loads were placed near to a column to be tested as an example. Then all 3 trolleys were accelerated simultaneously each in both directions to nominal speed and stopped abruptly by emergency stop. The photos show the high technical and organisational effort for this test regime.

Fine fissures which already were visible in the concrete surface of the column during the test were monitored with extensometers for a possible crack width growth.

As expected, the test did not show any damage, so that the crane runway system could be approved by one of our crane experts. However, conditions for the safe operation are compliance with the working regime and regular inspection intervals. 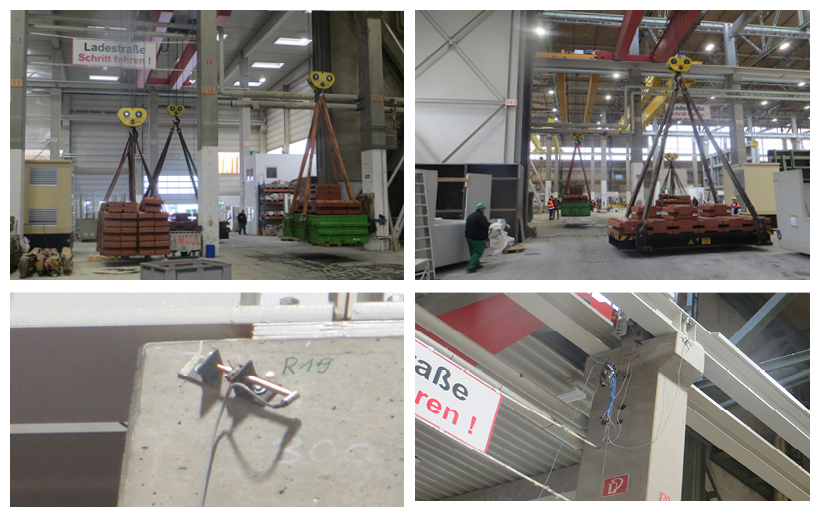